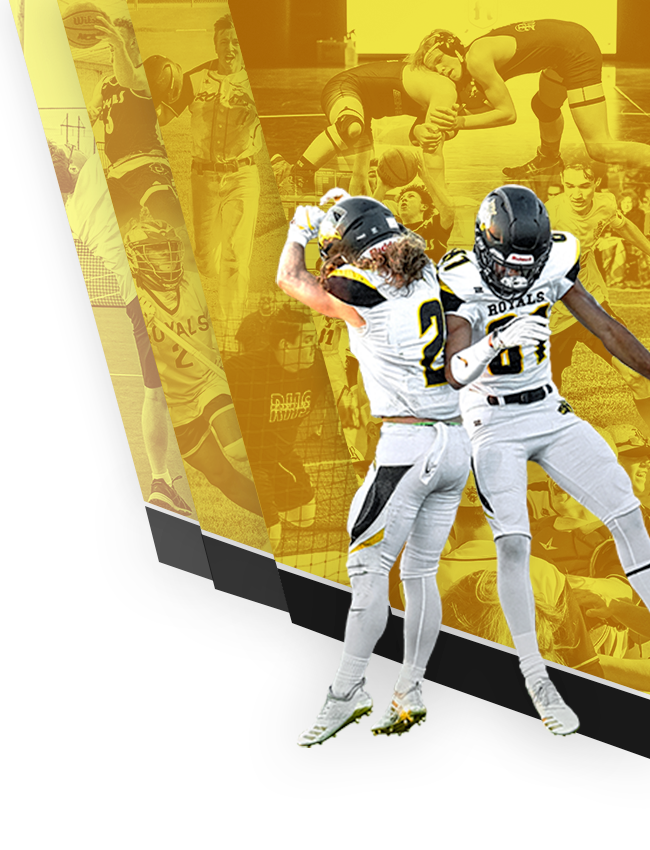 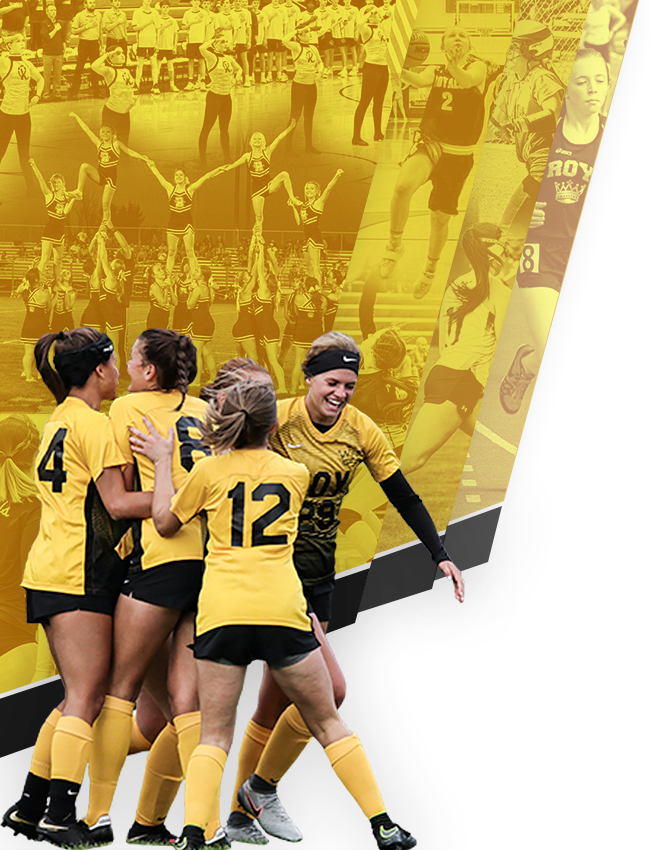 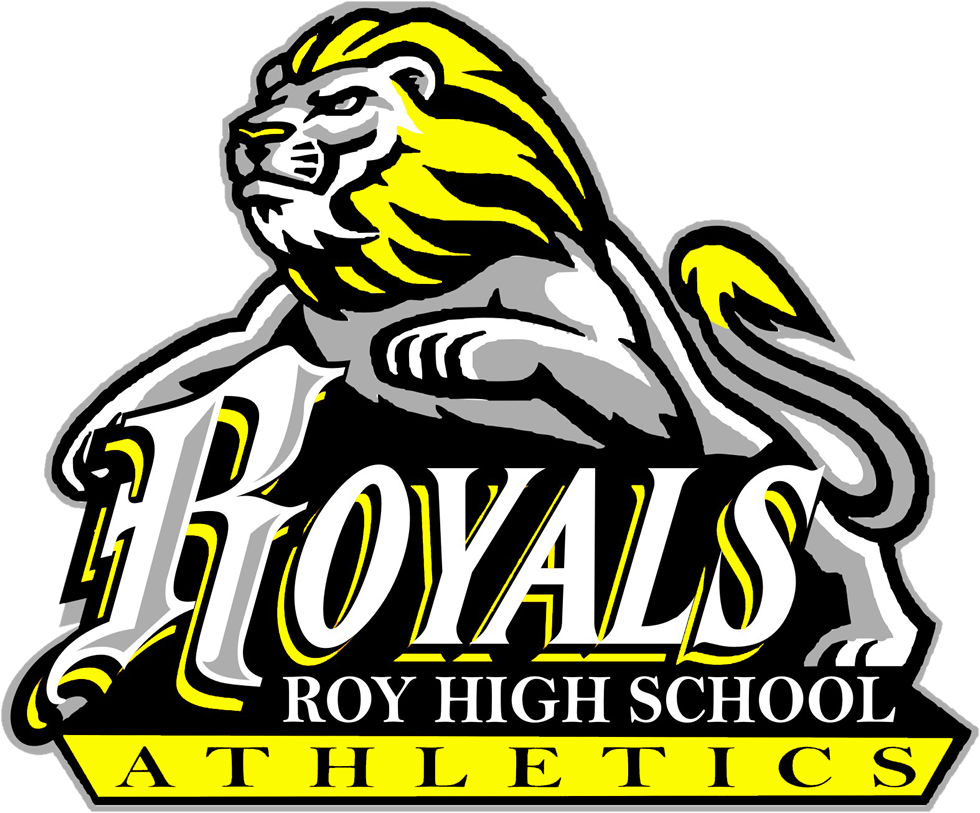 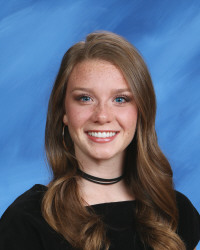 The 2019 Outstanding Female Athlete first has done a tremendous job in the classroom- maintaining a perfect 4.0 GPA taking an incredible 10 concurrent enrollment courses and 2 AP classes placing her on the highest honor roll every quarter throughout her high school years!  Her grades earned her Academic All-Region and Academic All-State honors in both drill and track & field!  She is a leader in every sense of the word both on and off the dance floor and track- representing Royal Nation at the Region Sportsmanship Summit, Camp U Leadership Forum and the State of Utah Dare to Lead Conference!  She was also the Royalaire representative for both Student Government and Especially For Athletes Councils.  She has been actively involved here at Roy High as a member of the Hope Squad and was selected this year as the Roy High Sterling Scholar in Dance!  She has volunteered countless hours of community service in our Roy Community- focusing on assisting the youth and needy!  She participated in both drill and track her sophomore through senior years earning 5 total varsity letter awards!  She was selected by her teammates and coaches her sophomore, junior and senior years to be team captain for our Royalaire Drill Team.  As a sophomore in drill she helped the Royalaires place 4th at the Region Drill Championship and earn a spot to the 5A State Drill Championships and also that year in track she placed in multiple hurdling and sprinting events at region qualifying her teams for the state track meet.  As a junior in drill she helped the Royalaires win multiple drill competitions and was selected by coaches as the “hardest working Royalaire,” helping lead the drill team to a 4th place finish at the Region 5 Drill Championship while being named to the All-Region 5 Drill Team and helped lead the Royalaires to the 5A State Drill Championships where she was selected as an All-State Finalist!  Her Senior year- she again led our Royalaires to win multiple drill team competitions- being selected as the “Royalaire of the Year” and helped us to a 4th place finish at Region Drill Championship with another All-Region 5 Drill Team selection and again leading our Royalaire Team into the 5A State Drill Championships where she was selected a second time as an All-State Finalist!  Her senior year in track included multiple 1st place finishes at many invitationals including finishing 2nd at the Region 5 Championships along with her teammates in the 4 X 100 Relay event and winning the 300 Meter Hurdles individual event- a Region 5 Track Champion!  She is an amazing young lady who excels in whatever she takes on and after graduation she will be attending Weber State University pursuing a degree in education or psychology while hopefully participating on the Wildcat Track Team! 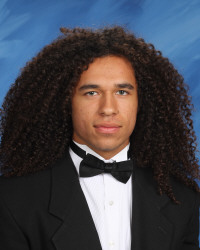 The 2019 Outstanding Male Athlete is another fantastic student who has maintained a 3.7 GPA while being on the honor roll many times throughout his high school years- taking an AP class as well.  He earned the prestigious Black Knight Football Award every year of his high school career!  He is a true leader both on the field and court and off of it being selected by the Roy High Administration as the Royal representative to the Camp U Leadership Forum and the Royal Football Team representative on the Especially For Athletes Committee as well as being named Royal of the Month.  He has volunteered multiple hours of community service in Roy City and with the youth of the Boys & Girls Club and Roy Recreation.  He was actively involved this year with the packing of donated food for the “Help Feed My Starving Children” project. He participated in basketball his freshman year and participated in both football and basketball his sophomore and junior years and again in football his senior year.  Over the course of his high school years, he earned 5 varsity letter awards!  As a sophomore, he helped the Royal Football Team take the region title and reach the state playoffs being named to the All-Region Football 2nd Team.  As a junior, he was a football team captain and was selected as Standard Star of the Week in football, John Watson Utah Football Player of the Week as well as taking 1st place at the Utah Powerlifting Meet!  He was recognized as 2nd Team All-Area, 1st Team All-Region and Honorable Mention All-State in football!  He was also a starter on the Royal Basketball Team as a junior and helped the team reach the state playoffs.  This year as a senior in football- he was selected again as one of the captains and started on both sides of the football easily the best athlete and playmaker on the field helping lead the Royal Football Team to a Region 5 Title and advancing to the 5A State Football Semi-Finals!  He was recognized as the team’s MVP and Max Preps Roy Football Player of the Year as well as named again as Standard Star Football Player of the Week and John Watson Utah Football Player of the Week!  In addition, he was named to the football All-Area 1st Team, the All-Region 1st Team- voted by all the region football coaches as the Region 5 Football Most Valuable Player and selected to the All-State Football 1st Team- the QUADFECTA!  This athlete is an absolute skilled athletic work horse who has continued to raise the bar for both the football and weightlifting programs here at Royal Nation and we look forward to seeing him excel at the college level as he will play football for the Utes of the University of Utah next year with an academic scholarship to the U! 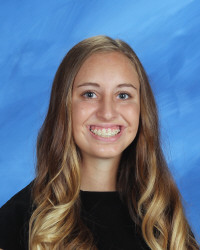 Bailey participated 4 years in the girls’ soccer program here at Roy High School earning 4 varsity letters- starting and playing in every varsity game all 4 years!   She was also a member of the girls’ basketball and track teams here as a sophomore.  She was named varsity soccer team captain both her junior and senior years!  As a junior- Bailey was selected as the girl soccer team’s “gold standard all-round award recipient.”  This year as a senior, Bailey helped lead the Lady Royals to the state soccer tournament where we hosted our first play-off game in over 20 years and advanced to the quarterfinals!  Bailey is known for her hard work and dedication on the field, but also in the classroom.  She has a cumulative GPA of a 3.98 and a 25 on the ACT while taking 3 concurrent enrollment classes including 4 AP courses here at Roy- earning her Academic All-Region honors.  She has been named Royal of the Month and has been a 3-year member of the National Honor Society.  Bailey was the America First Scholar-Athlete Recipient and has been elected to Royal Student Government all her years at Roy High- serving this year as our Student Body President!  She has volunteered in multiple service projects- donating over 300+ hours to help others in our Roy Community!  After graduation, Bailey will be attending Utah State University on an academic scholarship studying communicative disorders with a goal of becoming a speech therapist!  She is an outstanding athlete, student, citizen and leader! 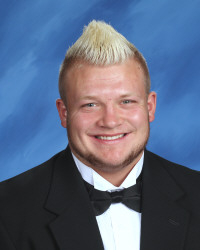 Drake played 4 years on the Royal Football Team and competed 3 years on the Track & Field Team here at Roy earning 7 varsity letters!  He was named varsity captain in football this year as a senior!  His junior year- he was selected to the All-Region Football 2nd Team.  As a senior- Drake was selected to Football All-Region 1st Team as an offensive lineman and was a 4-time Royal Football Black Knight Award Recipient- helping lead our Royal Football Team to a Region 5 Championship and 5A State Semi-Final finish!  Drake has taken full advantage of his educational opportunities maintaining a 3.99 cumulative GPA with an ACT of 29 while taking 6 concurrent enrollment courses, 3 project lead the way programs and 4 AP classes earning him Academic All-Region honors!  He was a member of the National Honor Society and was our student PTSA Representative all 3 years of high school- serving as President this year as a senior!  Drake organized and ran the Winter Jingle Ball this past winter as a fundraiser for the Roy High PTSA and did a fantastic job!  He has volunteered many hours of service here at Roy as a math tutor and also in our community at multiple events!  Drake has received a Presidential Academic Scholarship to attend Worcester Polytechnic Institute (WPI) in Massachusetts next year and will also be playing on their football team!  Drake’s conduct, work ethic, character and service speaks for itself. 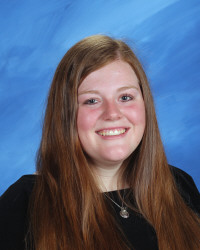 Maggie earned 2 varsity letters in swimming during her years here at Roy and was named a captain this year for the girls’ swim team as well.   Maggie was named swimmer of the meet, Royal Athlete of the Month and also named the team’s “Most Improved Swimmer.”  Maggie’s high school academic schedule included 6 concurrent enrollment courses with 4 AP classes!  She carries a perfect 4.0 GPA with an outstanding 30 on the ACT!  Her achievements in the classroom over the course of her high school years have earned Maggie Academic All-Region and Academic All-State honors in both swimming and instrumental music!  Maggie was the Girls Swim Representative on Especially For Athletes Committee, served as Key Club President; was Treasurer, Historian and Secretary for the National Honor Society and was also Public Relations Officer in Royal Orchestra! She was also a two-year member of the Royal Chamber Orchestra and was selected this year as the Sterling Scholar for Math!  Maggie has volunteered at the Christmas Box House making sock monkeys for needy children.  Maggie has received a resident dean’s academic scholarship and will attend Utah State University next year majoring in human movement science! 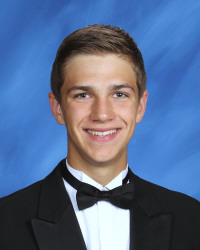 Kyle has participated in boys’ soccer here at Roy High earning a varsity letter this year while helping our soccer team reach the state quarterfinals!  Kyle also carries a perfect 4.0 GPA with a 26 on the ACT and has been selected to the Academic All-Region and Academic All-State Teams for both boys’ soccer and vocal music!  His class load has included 5 concurrent enrollment courses with 3 AP classes!  Kyle has been a member of Royal Choir and Chamber Choir serving this year as Bass Chamber Section Leader!  He was selected this year as Roy High’s Sterling Scholar for Instrumental Music!  Kyle has been a member of the Hope Squad, National Honor Society and was the boys’ soccer representative on the Especially For Athletes Committee.  He has been Royal of the Month for English, boys soccer and the Roy Connection Magazine!  Kyle has volunteered many hours playing the piano at McKay Dee Hospital and Peach Tree Assisted Living for those in need!   After graduation, Kyle will serve a mission to the Bolivia Santa Cruz North Area for the Church of Jesus Christ of Latter Day Saints and will then be attending Utah State University on a residential merit academic scholarship- majoring in mechanical engineering!